”That night I returned with Winnie to No. 8115 in Orlando West. It was only then that I knew in my heart I had left prison. For me No. 8115 was the centre point of my world, the place marked with an X in my mental geography." 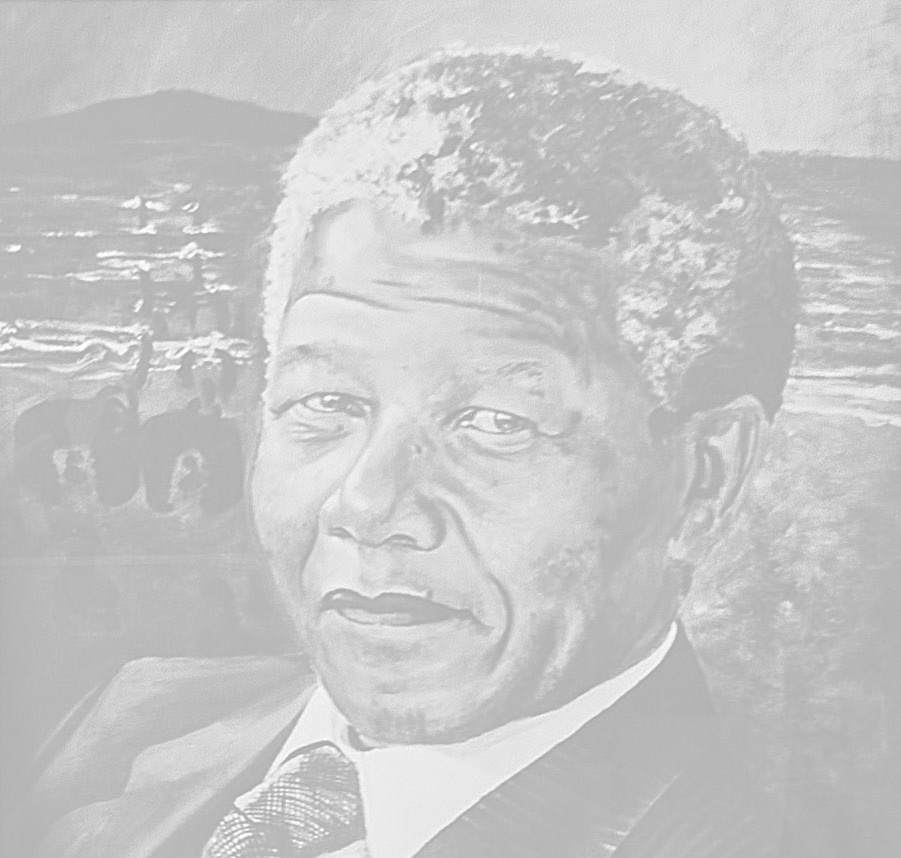 8115 Orlando West, Corner of Vilakazi and Ngakane Streets, Soweto. An address which is woven into the South African fabric of history, heard in the whispers of the winds that sweep across the highveld to the clatter of cutlery at nearby restaurants in Soweto where history lovers re-live the life and times of Nelson Mandela and Winnie Madikizela-Mandela.

Built in 1945, Mandela house was commissioned as part of a Johannesburg City tender for new houses in Orlando. Whilst tiny in structure (Madiba mentioned that ‘the bedroom was so small that a double bed took up almost the entire floor space’) its testimony of truth on the family’s immense struggles for a free South Africa is indelibly large.

The house was ready in 1946 to receive Mandela who moved in with his first wife Evelyn Ntoko Mase. 11 years later and with a divorce finalized in 1957, Mandela welcomed his second wife, Winnie Madikizela Mandela into residence.

While Mandela’s years from this point on were to become more deeply absorbed into struggle activities with little time at home, it is Winnie who became publicly subjected to harassment, torture and imprisonment.

The walls of the home hum with distant cries of the daughters as they watched their mother dragged away by Apartheid police.  This was routinely undertaken from 1962 until 1986, when Winnie returned from exile in Brandfort to continue life with her children.  On 28 July 1988, Winnie and Nelson’s beloved house was burnt to the ground by a fire. This followed conflict between the Mandela United Football Club which Winnie led, and pupils from Daliwonga High School. The community came together to help re-build the Mandela’s house.

11 years later, on 16 March 1999, the house was awarded the status of a public heritage site, with Nelson Mandela as the Founder Trustee.

The timeline below provides a quick overview of historical moments and people who called the house a home.

Winnie returns from exile, to Orlando and lives with daughters

Vilakazi Street is a legend in its own right. Based in the world’s most famous township Soweto, Vilakazi Street’s accolades run the length of the street. It is home to TWO Nobel Peace Prize Laureates – Nelson Mandela and Archbishop Desmond Tutu. Mandela House Museum welcomes visitors from all around the world, while Archbishop Tutu still has a home here and is said to take a leisurely stroll around the neighbourhood when he is around. The street also memorialises Hector Pietersen who was killed by police in the 1976 student uprising. The image captured by Sam Nzima made 12-year old Hector an international icon in the fight against the Apartheid government.

Vilakazi Street is named after Dr BW Vilakazi, an intellectual, poet and novelist who was the first black man to teach at the University of Witwatersrand (WITS).

While bureaucracy may have kept him at a language assistant level, he went on to obtain his PhD in Literature and helped develop the isiZulu dictionary. Dr Vilakazi also helped to develop the written form of isiZulu and siSwati (two of the eleven official South African languages).

Today, Vilakazi Street welcomes visitors to these iconic landmarks in the midst of authentic dining, backpacker hostels, entrepreneur hubs and a vibrant and welcoming community.

Mandela House underwent a major restoration and restructuring project in 2008. The restoration goal focused on maintaining heritage preservation and conservation. Mandela House was closed for a year to source original fabrics to match the authentic structure of the space; construct a new Visitor Centre, and the design and installation of exhibitions that display as a visual storytelling element. Extensive research and curation was done to bring all the storytelling elements and the general spaces of the house, inside and out, together.

A fund-raising campaign solely conducted by the Soweto Heritage Trust went a long way to ensuring the successful delivery of the project.

Through concerted efforts and contributions from corporates and CSI units, the required amount of R9 million was successfully raised.

On 19 March 2009, the House was re-opened in a formal exclusive launch to showcase the necessary changes in welcoming visitors and creating a better tourist experience.