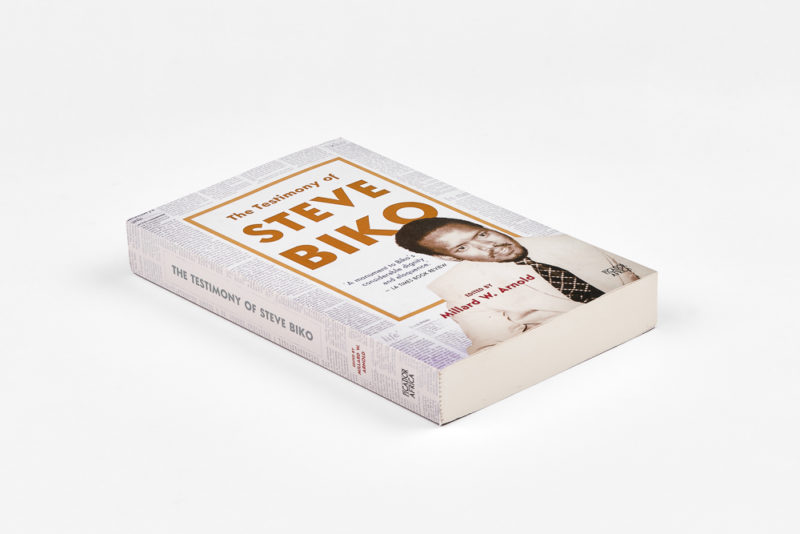 This testimony was published in 1978 in the United States of America, but the book was immediatedly banned in South Africa – a ban only lifted in 1984 – with the result that it has not been previously published in Biko’s home country.

The Testimony of Steve Biko includes the perceptions and wide-ranging testimony given by Biko on the stand, together with an introduction and commentary on the trial by Millard Arnold, an interview with Saths Cooper and an appendix covering the inquest into Biko’s death.  It is an invaluable addition to the publications commemorating the fortieth anniversary of Biko’s death.